The rangers at the award-winning Yorkshire Wildlife Park have welcomed a new polar bear.

Hamish, a three-year-old male bear was moved from Highland Wildlife Park to Doncaster’s Yorkshire Wildlife Park – which is the polar bear capital of the UK with its stunning Project Polar reserves and home to the only Polar Bears in England.

Hamish was recommended to move to Yorkshire as the best home for him by the European Endangered Species Programme (EEP). At three years old, he has reached the age when he would leave his mother and venture into adulthood and the spacious reserves of Project Polar is the perfect place for this. He was born on December 18th, 2017 and was the first polar bear to be born in the UK.

YWP’s Carnivore Team Leader, Kim Wilkins said, “He is a lovely bear and I can see he will be very happy here. We are hoping that he will become best friends with our youngest bear, Nobby.”

Organising the polar bear move has been months in the planning as soon as it was recommended by the European breeding programme. His move was facilitated by an experienced transport specialist supported by staff and vets from both parks. 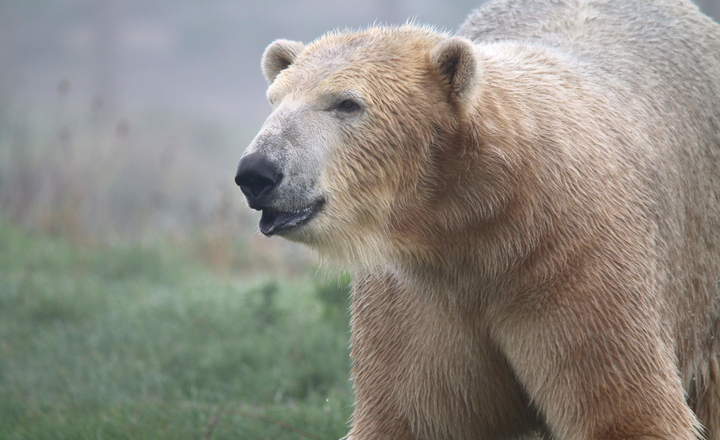 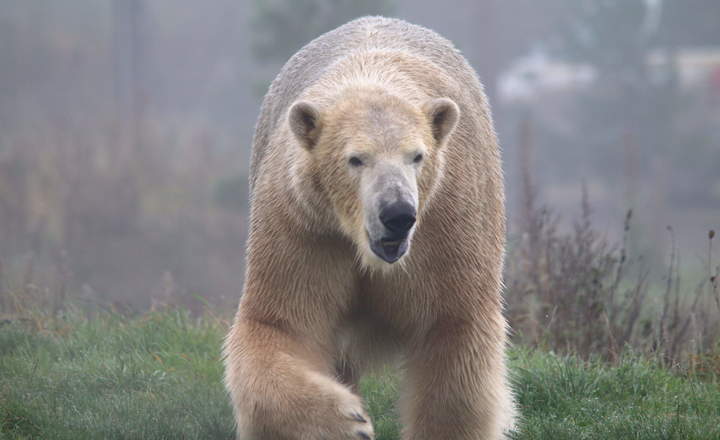 Polar bears are highly intelligent and require a lot of space and also a complex environment to challenge their curiosity. They are the largest land carnivore and listed as vulnerable on the IUCN Red List of Endangered Species. The biggest threat to the bears in the wild is the loss of sea ice through global warming which reduces the amount of time that they can spend out on the sea ice feeding.

Project Polar is one of the biggest polar bear reserves in the world. Each reserve, designed to replicate the Arctic tundra each covers over 10,000m². With raised ground at 8 metres high, caves, rock covered terrain planted with pines, silver birch, blueberries, heathers and wildflowers and a 25,000,000 litre, 7.5m deep lake and, a complex environment has been created which closely mirrors the Arctic Circle in the summer. There is also a fourth reserve, Project Polar 2 in a separate part of the Park.

“Hamish’s arrival is very exciting and I am sure he is going to settle in very well,” said said Dr. Matt Hartley, Head of Animals at the park. “We were pleased when we found out the park was recommended by the EEP as his new home. We have a unique mix of bears at Project Polar which is always a favourite with visitors as they are active and charismatic – and all completely different characters.

We have a bachelor group of bears at the Park and Project Polar is now coming into its own as a dynamic centre for polar bear conservation, education and research. Just as Hamish has arrived to grow up here, two of our young male bears who have now reached adulthood, Nissan and Pixel are going together to Parc Zoologique CERZA, Lisieux in France to play their own role in the European breeding programme. There are more future polar moves planned by the European endangered species programme to come to Yorkshire that we are currently working on, so watch this space. “

He added “YWP is also committed to our conservation work for bears in the wild through the Yorkshire Wildlife Park Foundation working together with Polar Bears International. I am sure that Hamish will be another great Polar bear ambassador. He will help us move forward in our fight to ensure polar bears can ultimately survive the damage climate change is causing to their environment.”

Hamish has been setting into his new home since his arrival on Thursday away from the public gaze as the 150-acre park is currently closed to visitors due to the lockdown. Everyone at Yorkshire Wildlife Park is looking forward to reopening in early December so that visitors can see him in his new environment and enjoying the lakes and pools. In the meantime, the Park will keep everyone up to date with Hamish’s adventures through its social media channels.