Polar bear relocations are meticulously planned over several months with experienced, dedicated animal transport and care throughout the journey. In a world first for the number of polar bear moves, YWP’s 3 bears arrived in the space of 3 weeks and three of the bears from the park have set off on their own journeys as part of the European breeding programme that coordinates all of the polar bear moves in Europe. The young bears at Project Polar will be here for several years as they grow up together and learn their social skills before they too are ready to move into the breeding programme. 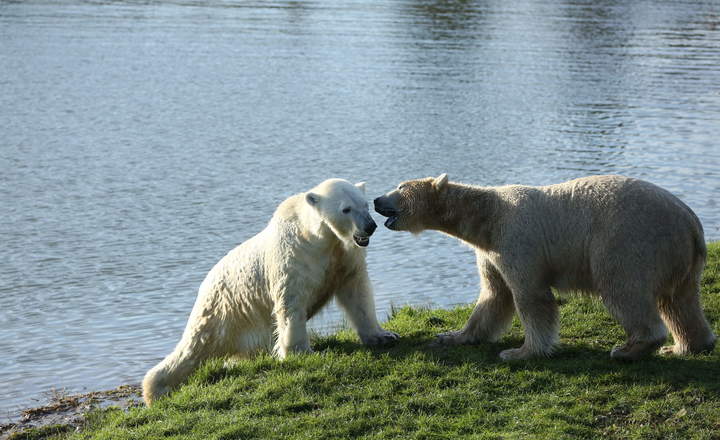 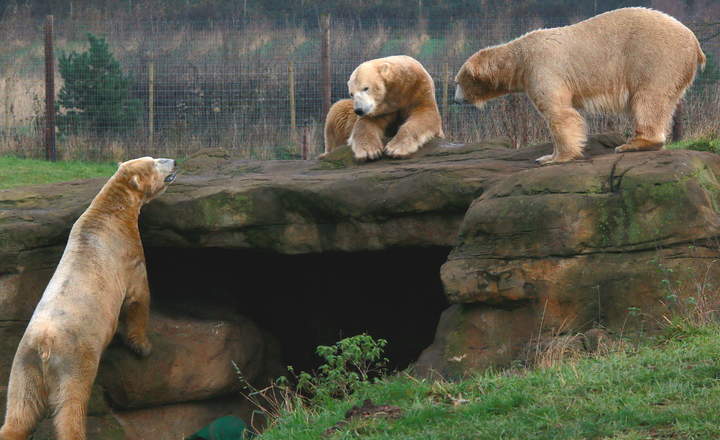 Sisu arrived from Finland on Sunday to join Luka who arrived last week from Germany.

The two new additions will join Hamish and Nobby as the newest members of one of the most important grouping of polar bears in the world.

All the bears, who are firm favourites with visitors to the park at Branton, near Doncaster, are part of a European breeding and conservation programme dedicated to saving the under-threat species.

Sisu, a four-year-old was born at Ranua Wildlife Park in Lapland, Finland in 2016. Sisu is a Finnish word meaning a combination of persistence, determination and composure.

Luka, who arrived from Wuppertal Zoo, 25 miles east of Dusseldorf, in Germany, is a playful and curious bear who enjoys having honey cake and codfish. He fast became firm friends with Hamish, a three-year-old who was the first polar bear born in the UK and arrived at YWP from Scotland at the beginning of December.

YWP’s Carnivore Team Leader, Kim Wilkins said, “We are so happy to welcome both Luka and Sisu to the growing family of polar bears. Luka has been settling in really well so far and we were able to introduce him to Nobby and Hamish very soon after his arrival as he was so laid back and he is getting on with them tremendously. Sisu is more cautious but we are sure that he will settle quickly into Project Polar and enjoy the space and company of the other young bears.

"With Hamish also just joining us this year, the Project Polar reserve is turning into a real hotspot for visitors all over the UK and we can’t wait for everyone to come and meet Luka and Sisu."

Earlier this year, YWP lost its iconic and much-loved polar bear Victor, but in the new arrivals, Victor lives on at Project Polar as all 3 of the new arrivals are related to him: Luka is his son, Hamish is his grandson and Sisu is his nephew.

The 150-acre park is also expected to become home to more recruits with new additions likely to arrive next year, making it one of the world's key conservation centres for polar bears.

Dr. Matt Hartley, Head of Animals at the park, added, “We are all very excited to have Luka and Sisu here at the park, and to be part of the key efforts for polar bear conservation in Europe. I am sure that the new arrivals will enjoy the space and complex environment of Project Polar, with its series of interlinked reserves, lakes and caves. It is a great place for young bears to explore and have fun together.”

Polar bears are the world’s largest land carnivore and are listed as vulnerable on the IUCN Red List of Endangered Species. The Yorkshire Wildlife Park Foundation works on projects with Polar Bears International to support polar bear conservation in the wild.

Project Polar is one of the biggest polar bear reserves in the world and is designed to replicate the Arctic tundra. It has caves, rock covered terrain planted with pines, silver birch, heathers and wildflowers and several lakes including one that is 7.5m deep.