Your chance to take part in Doncaster's World Cup

The hunt is set to start for a legion of volunteers to help run the Rugby League World Cup in Doncaster at the end of this year.

Organsiers are still hoping the tournament will take place, with the venues for matches in the tournament due to include three group games at the Keepmoat Stadium.

The team behind the bid to bring the tournament to Doncaster believe the competition will be the biggest event ever to come to Doncaster.

Lorna Reeve, Doncaster’s destination manager who has been closely involved in the campaign to hold the tournament in the borough, says she expects the area’s legion of rugby league fans will probably want to go to watch the matches rather than volunteer.

But she believes there will be proud Doncaster residents who are keen to be involved in what will be a high profile event in the borough. 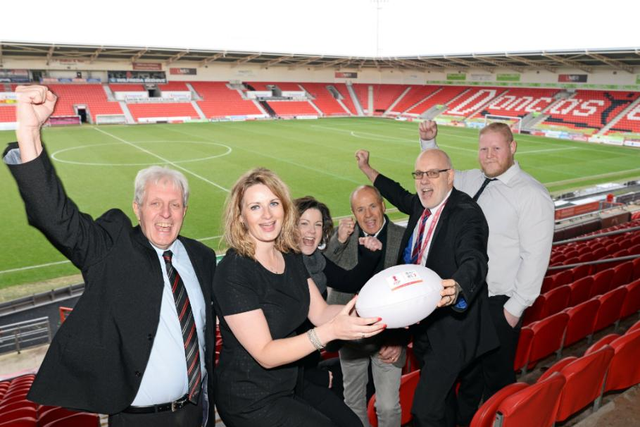 She said: “We previously worked on the Tour de Yorkshire, but that was just one day a one day event. This is bigger – it’s three matches.

"There will be more to get involved with. We will be looking for people to do things like meet and greet at the station and help visitors get the best experience of Doncaster. There will be a variety of things people can do. It will be a chance to experience the world cup from a different perspective.

"They will be like the Games Makers that volunteers to help during the London Olympics in 2012.”

Doncaster is also hosting the Samoan national team during the tournament.

The world cup website is due to open up to take applications to volunteer to help at the event from Thurday January 21. Log onto https://www.rlwc2021.com/.

Whether the tournament goes ahead is likely to depend on the position with Covid 19 around the world.