SOUTH Yorkshire’s stately Cusworth Hall will be showing its patriotic true colours as it flies the flag to celebrate the Queen’s Platinum Jubilee on June 2. 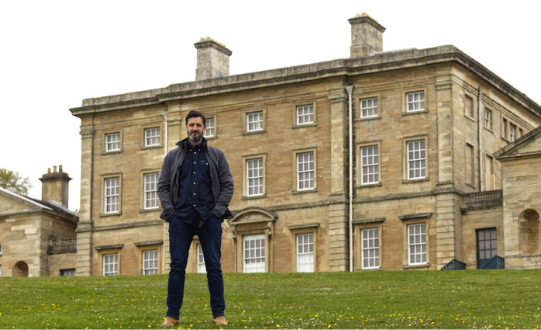 Wayne is a specialist in Project Mapping, the digital technique that can turn anything from cars to buildings and natural landmarks into display spaces with the use of projected images, films and digital content.

Because of the hall’s prominent location, the mapping will be visible for many miles around, making it one of the highest profile South Yorkshire events of the Platinum Jubilee celebrations.

“It’s an enormous honour to be able to celebrate this landmark event, using projection mapping in such a highly visible way,” said Wayne.

“As a child, Cusworth Hall was my favourite place to visit and I now live right alongside and regularly walk my dog in the grounds.

“Cusworth Hall is an enormous part of my family’s daily life and to be able to bring it to life for the jubilee in this way will be very special.”

Cusworth Hall was built between 1740 and 1744 for local land owner William Wrightson and is now the home of a museum that reflects the daily lives of people in Doncaster from the 18th century to the present day.

The historic parkland surrounding Cusworth Hall is open to the public every day of the year.