The Avro Vulcan XH558 is getting ready to take the next step in its journey as it prepares to leave Doncaster Sheffield Airport (DSA) in June 2023. 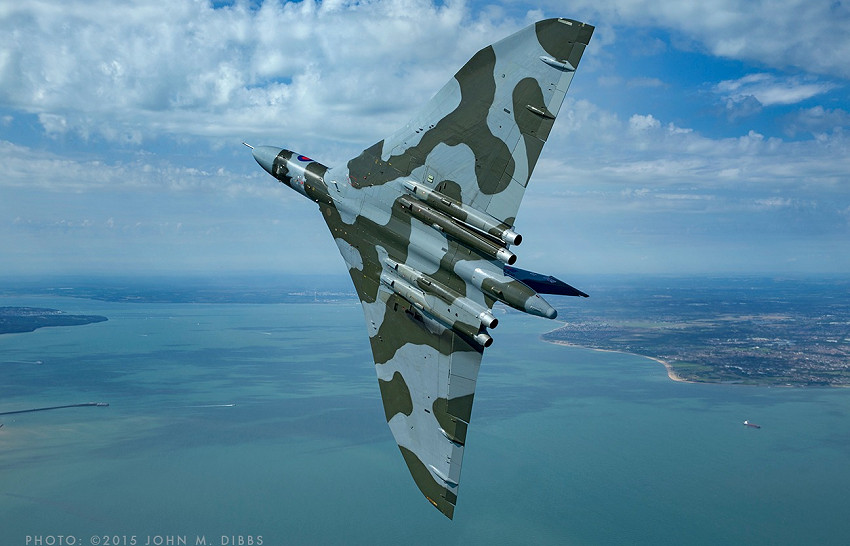 The Vulcan to the Sky Trust (VTST), the charity behind the restoration and return to flight of XH558, have been renting space on the airfield from DSA for the aircraft following an unsuccessful fundraising campaign to build a new permanent home for the Vulcan.

John Sharman, chair of trustees at the VTST said: “We were extremely sad to hear the news regarding the strategic review of DSA and our thoughts are with the staff there who will no doubt be concerned about their futures.

“Our current agreement for parking our aircraft at DSA, together with access for our staff, volunteers, and visitors, runs until June 2023 and prior to the news about the future of DSA we had been told that the agreement would not be renewed and therefore would have to leave the site at that time.

“This is a blow to the Trust and will be very sad news for our supporters, but for some months we have been exploring options for XH558 to leave Doncaster.”

XH558 flew into the airport in March 2011 and, for a number of years, millions of supporters were able to see and hear her fly!

John added: “Since the aircraft was grounded in 2015, we’ve been working to build her the type of home that befits such an iconic piece of aviation history. Sadly, our latest fundraising appeal didn’t bring in the money needed to build a hangar and DSA have confirmed that she can only stay where she is until June 2023. Having sought assurances from the airport, we have established that their announcement doesn’t affect our timeline for leaving the airport.

“As soon as we knew that our future was likely to be away from DSA, we began the process of finding a safe and permanent home for XH558 – an important heritage aviation asset.

“We are working on two potential sites where we know we can protect her for decades to come and deliver on Robert Pleming’s vision of telling the Cold War story and the role of the V-Force and inspiring youngsters to pursue meaningful and productive careers in engineering.

“Clearly as the sites are away from Doncaster, the relocation will bring significant challenges but outcomes we believe the VTST can deliver.”

The VTST is currently exploring a number of options for a new home for Vulcan XH558 ranging from investigating the possibility of a short ferry flight to enable the aircraft to get to a new location intact or to dismantle and move and rebuild her in a dedicated permanent home.

John explained: “The option for a one-off flight demonstrates that the VTST are exploring every option. We were always told that we would not get approval for her to fly again by the CAA, however, we are now in discussion with them to explore any potential way forward as if this might be an option, it’s not one that we can ignore.

“The alternative is to dismantle the aircraft and move it to a proposed home and we have two potential locations in negotiation. While we acknowledge that it would be extremely sad to dismantle XH558 it would mean that ultimately, she will be preserved and will still be able to inform, educate and inspire future generations of engineers.

“As soon as a decision has been made regarding the final destination for XH558 we’ll be able to put the wheels in motion and we’ll keep our supporters updated throughout this process.

“We want to thank everyone for their continued support and interest in Vulcan XH558.”