Visitors were greeted with new animals and a new reserve as the award-winning Yorkshire Wildlife Park reopens.

Yorkshire Wildlife Park reopened today/yesterday (Monday), and visitors were greeted with new animals and a new reserve as the award-winning park kick-started a fresh era.

The 175-acre park, which has more than 5kms of pathways, unveiled its new entrance and the Atlantic Reserve, marking the first phase of an exciting development plan.

A pair of recently arrived Lowland Tapir, Maned Wolves and a pack of Bush Dogs all made their debuts in the new Atlantic Forest reserve, which is the first of several new areas in the Park’s expansion project.

The park, at Branton, near Doncaster, has deployed extensive safety precautions including advance booking only, restrictions on visitor numbers, controlled time slots for visits and clear social distancing marking and messaging and increased cleaning protocols.

“We are delighted to have been given the green light to reopen the Park. So much has changed from our new entrance to our new arrivals in Atlantic Forest,” said Chief Executive John Minion.

“We have been planning the expansion for several years now, so to be taking the first step of opening the new entrance and the first new reserve Atlantic Forest is amazing. This is only a small part of our plans for the next few years so watch this space and, as restrictions lift over the coming months, we will be opening more exciting new developments.” 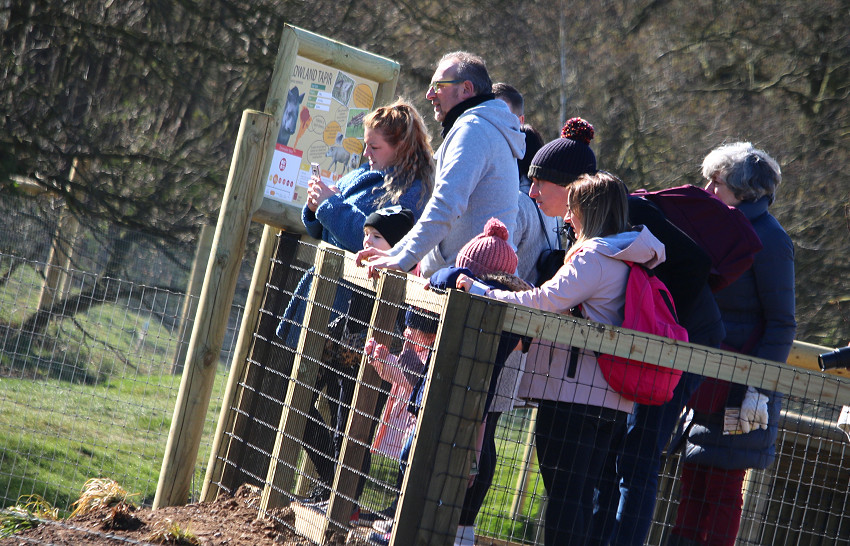 The new species will provide visitors with even more to see among the 450+ rare and endangered animals at the park, which is the UK’s No. 1 walkthrough wildlife adventure.

New facilities are also be on offer at the leisure shopping area, the Yorkshire Hive, featuring a mix of local independent shops and boutiques selling artisan food and drink, delicious sweet treats and confectionary, homeware, cards and accessories. The wide range of products continues with children’s clothes, stunning African art and wildlife photography and a new plant for the garden.

The Hive is a phased development over two years and the Park will announce the arrival of more new animals and a new signature reserve in coming weeks.

The new Park entrance is off Hurst Lane, near to Doncaster Sheffield Airport and the new postcode for satnav is DN9 3QY.