TV star Helen Skelton was thrilled to be back among rare and endangered species as she visited the award-winning Yorkshire Wildlife Park yesterday (Tuesday) to open two new reserves. 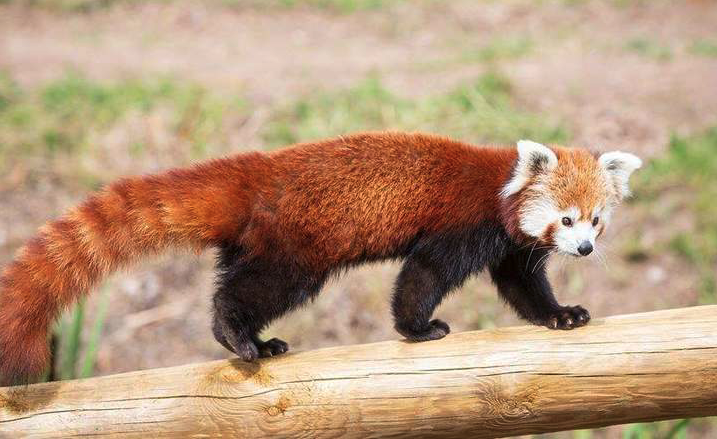 The BBC Countryfile presenter was able to feed and get up close to the animals as she previewed the park’s summer expansion.

She was treated to a close-up view of the new Himalayan Pass reserve which is home to YWP’s newest arrivals, the Red Pandas. Sisters Alice, Ariel and Aurora loved having Helen visit their enclosure as she joined them for meal time while the pandas enjoyed a few treats.

The Red Panda is an endangered species that lives in the temperate forest of the Himalayas. These pandas, usually weighing around 7kg and grow to the size of a house cat - although their long and bushy tails add an additional 18 inches to their frame.

Next door in the Himalayan Pass reserve are Smooth Coated otters, Lukha and Mya, who had an instant attraction when they were introduced to each other on their arrival at YWP last week - raising hopes of potential babies for the lovable breeding pair.

The smooth coated otters are a vulnerable species living in the Himalayan river valleys. They have super soft short velvety fur and tiny webbed feet.

Whilst these otters can typically be found in areas where there is lots of water, they are also comfortable on land and are happy to travel long distances to find a suitable habitat. Local pollution of wetlands and poaching for the illegal wildlife trade are all major threats to this amazing species in the wild.

Helen also toured the new Experience Ethiopia section of the park and had a chance to get up close and personal with the spotted hyenas, in the Hyenas of Harar reserve and the Simien Mountains with a troop of Gelada Monkeys. It also has a new outdoor children’s play area to add to the fun.

Hyenas, Granada and Speedy, are a great and exotic addition to the park, with a unmissable call that sounds like laughter. They can be originally found in Ethiopia and sub Saharan Africa. With a reputation as a scary scavenger, hyenas are effective predators and often catch their own prey, hunting in groups.

They have powerful jaws and can eat everything on a carcase including the bones. Each clan of hyena has a dominant female. The females are larger and heavier than the males. There are 3 species of hyena, of which the spotted hyena is the largest.

A family band of 13 Gelada monkeys has further expanded the collection of primates in the Simien Mountains reserve at the park. These unusual baboon sized primates can only be found in the high mountain meadows of Ethiopia.

They are the world’s most terrestrial primate (apart from humans) and the last surviving species of ancient grazing primates. Living at high altitudes, they are adept rock climbers. The leader at the park is a dominant male called Harry – he is easily spotted with his handsome mane of long hair.

Helen, who hosted Channel 5’s Big Week at the Zoo from the park, was also given a briefing about YWP's global conservation and wildlife education projects and spoke to rangers and staff about their tremendous work caring for more than 450 animals.

“It’s brilliant to be invited along here today to meet the new additions, I feel like I’ve got the golden ticket as I’ve managed to get a sneak preview at the new arrivals,” Helen added.

“They have got a fabulous view at the top of those trees and a fabulous play park and over the last couple of years I have met all their camp mates so they are definitely amongst good company.”

“It was great having Helen back with us to see the new reserves. She loved being here, meeting the animals and celebrating the work of zoos around the country. She is a true champion of animals and wildlife,” said John Minion, CEO of the 150 acre park at Branton, near Doncaster.

“She was fascinated by the work we have done and the positive impact we are having on conservation as it is something close to her heart,” added Mr Minion.

“It has been a very hard year for us at Yorkshire Wildlife Park, with huge revenue losses from the lockdown and we have been very grateful for everyone’s support especially all those who have come back to visit the park since reopening.

“It is great to have some positive news and to welcome new animals to the park – we have lots more exciting things lined up for the future too.”