Crowds are set to flock back to Doncaster Racecourse this week as the town prepares to host its first St Leger Festival meeting in front of spectators since 2019. 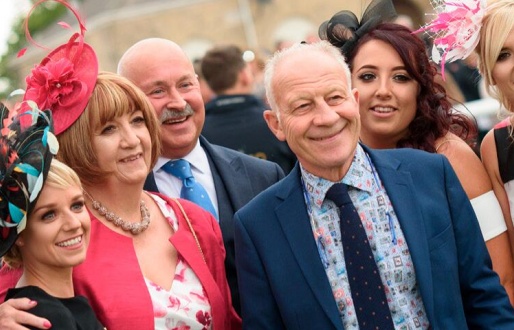 The four day meeting gets underway at Town Moor on Wednesday with bumper crowds expected across all four days of the racing spectacular including the ever-popular Ladies’ Day on Thursday and Leger Day itself on Saturday.

While the 2019 race ran as normal, last year’s event took place behind closed doors after spectators was banned from the track following a Government U-turn on the first day of racing because of spiralling coronavirus rates.

The event had been chosen as a pilot test project bringing crowds back to live sporting events.

A spokesperson for Doncaster Council said: “We’re excited for the St Leger Festival to be returning to Doncaster this year and looking forward for locals and visitors having a great time enjoying the racing and the rest of what the town has to offer with the extended hospitality available.

“The St Leger Festival is one of the biggest events in Doncaster’s calendar and it always brings an extension to the summer holidays and creates vibrancy in the town.

“We will be meeting and greeting visitors at Doncaster Station to help direct them into town or to the Racecourse as they wish."

Workers have been busy in recent weeks preparing the course itself and the roads leading to it.

This year the world’s oldest classic will be allowed to take place in front of a full crowd of people, with famous faces, glitz, glamour and excitement in abundance.

There was only day one of racing last year before it was cancelled as Covid numbers in Doncaster increased so it was mainly a non-event.

The government gave the go-ahead for the festival to take place in 2020 with a smaller capacity and strict social distancing measures in place.

But crowds were banned because of fears over the spread of Covid-19 – the announcement came moments after the first race.

There is a shuttle service running between the Racecourse and Doncaster Interchange, though it is projected that more people could use their own cars and taxis more than usual this year.

Public transport is following SYPTE guidelines on the travel as face masks are still required.

As one of Doncaster’s most iconic venues, with a busy and varied programme of events taking place throughout the year, it is well known that that the racecourse plays an integral part in the town’s economy.

Doncaster Racecourse is vital to the hotel and restaurant community in Doncaster.

The sheer volume of people that it attracts cannot be substituted by any other event or business in the area.

The added events after racing encourage people to stay in the Doncaster are for longer periods than they have before. The nature of horse racing encourages guests to eat and drink before, during and after the racing.

The spokesperson added: “We ask that people are responsible and consider theirs and everyone’s safety to ensure that everyone has a good time.

A spokesman for Doncaster Racecourse said: “Over the four-day Cazoo St Leger Festival, we’ll see the highest paid attendance in the past five years.

"Currently, tickets are still available to buy online and via the box office.

"The Cazoo St Leger Saturday is expecting to sell out in advance of County and Grandstand enclosure tickets, with some limited on-the-day tickets available on the gate for the family enclosure. Thousands of racegoers will be attending over the four days to watch some competitive racing and enjoy all the excitement of the prestigious Cazoo St Leger Festival

“Not only will the 2021 running attract thousands of racegoers across the four-days but the event also has a significant impact on the wider community.

"The Cazoo St Leger Festival provides thousands of local jobs – from hospitality and security to finance and administration support as well as having a much wider-reaching benefit to local businesses, including pubs, restaurants, hotels, retail and beauty, who all experience a surge in demand and increase in trade during this these exciting four-days in September every year.

"Beyond the four-days of racing, the Festival also puts the eyes of the country on Doncaster, with the event appearing widely in national media. It is Doncaster’s moment in the spotlight and the town’s biggest opportunity each year to increase tourism more generally.

A spokesman added: “The festival is being run in accordance with the current government guidelines and we are working closely with the local Safety Advisory Group and local council.

"There will be increased cleaning, sanitising stations, card-only payments being taken and everyone attending is asked to abide to the Code Of Conduct.”

The St Leger is the world’s oldest classic horse race and has been run at Doncaster since 1776.

It was dreamed up at the Red Lion pub in Doncaster’s Market Place by a group of sporting enthusiasts and took its name from founder Anthony St Leger, who created a two mile race for three year old horses across Cantley Common, where the Racecourse now stands and with the race still takes place, nearly 250 years on from its initial running, won by a horse called Allabaculia.