The Rugby League World Cup trophy came to Doncaster Deaf Trust on Tuesday 29 March as Doncaster hosted a festival of rugby to inspire the next generation.

It is now just 200 days until the rearranged 2021 Rugby League World Cup kicks off in October 2022 and Doncaster Deaf Trust welcomed the World Cup Organisers and trophy.

As part of a 567 mile tour of participating venues, Rugby League World Cup organisers brought the distinctive ‘Paul Barrière Trophy’ to the Trust where pupils and students had their photo taken with the sport's most prestigious prize.

The festival, which runs from 1.30pm-3.00pm, will shine a light on The Rugby League World Cup that kicks off in October and November and, for the first time in history, the men's, women's and wheelchair tournaments will take place together.

The town will also be a team base for Samoa's men’s team.

All 61 matches will be played at venues across England between October 15 and 19 November 19.

Councillor Nigel Ball, Portfolio Holder for Public Health, Leisure, Culture and Planning, said: “I’d like to thank Alexis and the team here at Doncaster Deaf Trust for hosting today’s event. Today marks the 200 days to go milestone until the tournament kicks off and it has been great to have the Rugby League World Cup trophy here in Doncaster.

“It was great for the pupils at the Deaf Trust to take part in some Rugby League activity. We hope the Rugby League World Cup 2021 leaves a lasting legacy for our young people and that more youngsters pick up a ball and play the game of Rugby League here in Doncaster." 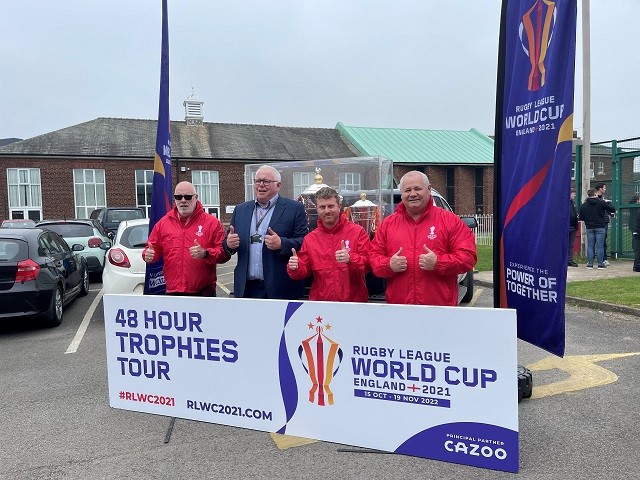 Carl Hall, CEO Doncaster Rugby League Club and also part of Doncaster’s Bid Team, said: “It’s been a fantastic day having the Rugby League World Cup 2021 Team and trophy here today. The tournament is getting ever closer and we are continuing our plans on raising the awareness locally to Doncaster residents. Work is continuing in our local Primary Schools as part of the RLWC2021 Legacy program and giving young people an opportunity to play the game of Rugby League locally”.

“We had the exciting announcement last week that the England Band will be playing live at all of our three Rugby league World Cup 2021 fixtures and the Eco Power Stadium, which will further enhance the experience of spectators attending our games. This further shows our bid team’s commitment on delivering a world class event and experience for everyone get involved in and to enjoy”. 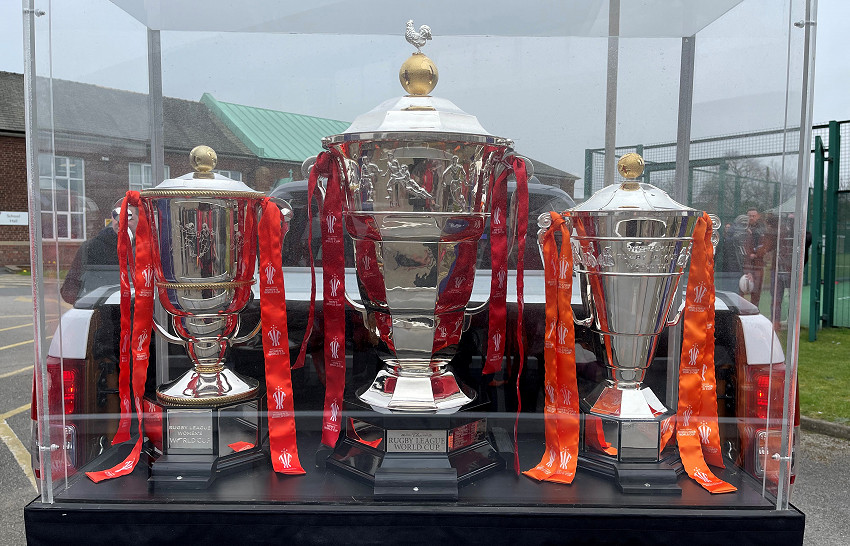