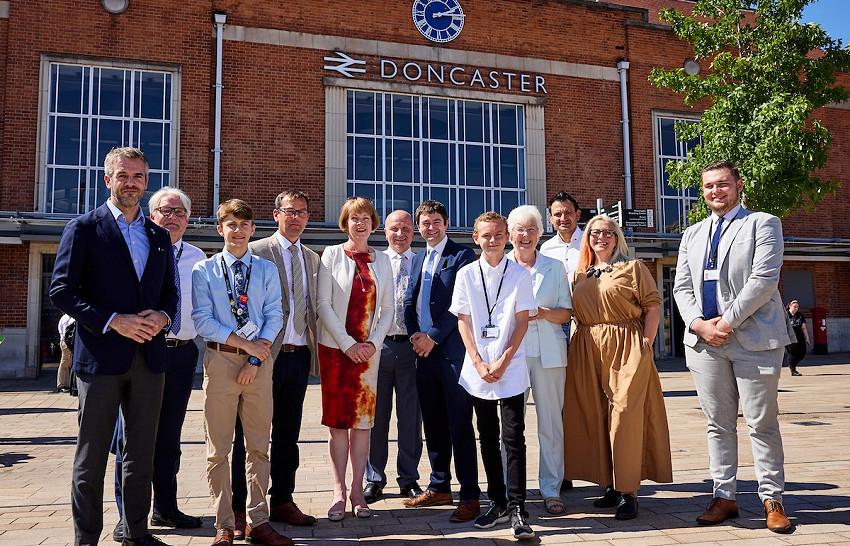 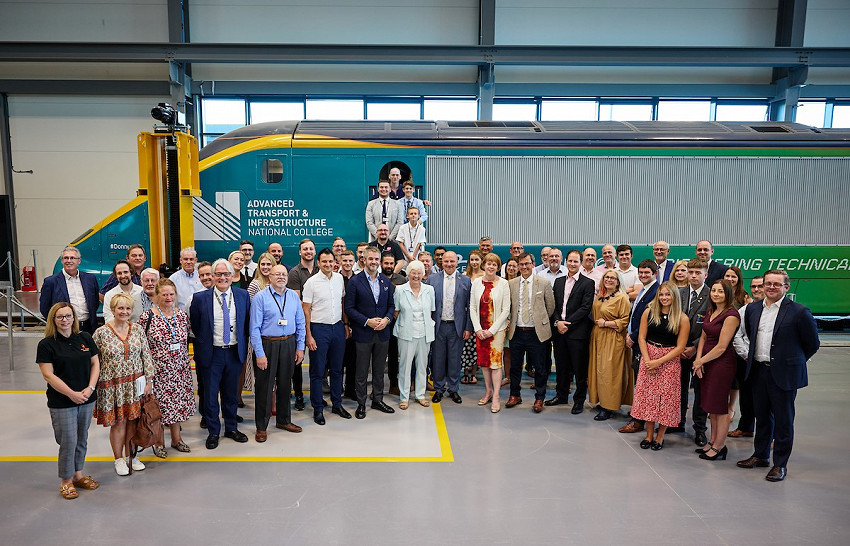 The Minister visited Doncaster’s rail cluster – including major employers, the Danum Gallery, the Library and Museum and NCATI (National College of Advanced Transport & Infrastructure) and heard from business leaders and students on the future for the railways in South Yorkshire.

The tour follows similar visits to the five other locations in the running to be the HQ for the new Great British Railways organisation with only one weekend left before the public vote closes and we get a step closer to finding out which location has won the bid, the first of its kind.

Mayor of Doncaster, Ros Jones, welcomed the Rail Minister to Doncaster and said: “This bid is simply about one thing: Doncaster! I am proud of the way this bid has been collectively worked on across the city and for the city. We were ready to be a city and we became one, I believe we are ready to become the home of Great British Railways.

“Doncaster’s heritage with rail dates back to 1853 and world famous locomotives, hundreds of them in-fact, were born here. Today that tradition continues with over 50 rail companies basing Doncaster as their home, employing over 8,000 people. By becoming the HQ for Great British Railways, we propel our workforce, our economy, our skill-sector and we make our local ancestors proud.

“I back the bid, I believe in the bid. We have only two days left to vote – Doncaster, let’s do this. If you haven’t already, please show your support, click on the website and vote for Doncaster!”

“I want to thank the Rail Minister for visiting our great city today and allowing us the opportunity to showcase why we believe we are ready to become the HQ for Great British Railways.”

South Yorkshire’s Mayor, Oliver Coppard, said: “The whole region is proud to back the bid for Doncaster to become the new HQ for Great British Railways. We have an incredibly strong case – a fantastic rail heritage, a central point on the network and a region ready to reap the economic and skills benefits that it would bring. I know that we have confidently demonstrated that opportunity to the Rail Minister and her team today, and I hope they have listened.

“Over two hundred rail and engineering companies base themselves throughout South Yorkshire, including rail operations, power supply and distribution, traction, rolling stock and advanced manufacturing teams. We have an unrivalled rail cluster founded upon people, skills and partnerships. We deserve to be the home, the head and the heart of the new Great British Railways."

Speaking shortly after Doncaster was announced as a contender to become the HQ for Great British Railways earlier in the year, Transport Secretary, Grant Shapps said: “This is fantastic news for Doncaster. Our world-leading railways have well-served this country for 200 years and this is a huge step in our reforms. Home of the most famous train in the world, The Flying Scotsman, Doncaster has all the potential to help shape our network for the next 200 years and level up the lives of its residents and communities.

“I’m calling on people across the country to play a key part in this once-in-a-generation reform and vote for the new home of our railways.”

The public vote closes on Monday 15th August, which will help decide which of the locations – Doncaster, Birmingham, Crewe, Newcastle and York – will become the very first GBR HQ.

To cast your vote – visit https://gbrtt.co.uk/hq-competition-public-vote/