Louis Tomlinson among top talent headed for The Dome

Doncaster hometown boy Louis Tomlinson, a hilarious TV comedian and some of the UK's strongest people are among the star acts coming to The Dome.

Louis, from One Direction, one of the best-selling boy bands of all time, will return to his roots with a sold-out solo performance at The Dome on Saturday, April 23.

Irish comedian Ed Byrne, a regular on TV shows including Live at The Apollo, Mock The Week and QI, will deliver laughs by the lorryload for his If I'm honest set on Sunday, April 10.

The laughs keep coming at Friends! The Musical parody, a hilarious, fast-paced production featuring your favourite moments from the hit TV show, on Saturday, April 9.

On Saturday, April 30, The Dome will be the place to witness jaw-dropping displays of strength. Strongmen will battle it out through a series of strength challenges to take the final place in the UK Strongest Man Final. In the same event, Doncaster crowds will see the final of the women's competition to see who will be crowned UK's Strongest Woman.

In June, Martin Kemp from Spandau Ballet will host a back to the 80s night, swapping his bass for the decks and spinning the biggest tracks of that decade. Fancy dress is encouraged for this one, on Thursday, June 2.

You can keep the nostalgia going on Friday, June 17, when Revival – The ABBA Tribute, will be playing all of the legendary Swedish band's pop-tastic hits.

The following night, Saturday, June 18, TV and theatre stars will take the stage for Menopause the Musical 2 ­– a hysterical comedy filled parody songs about hot flushes, memory loss and ageing gracefully (or not)!

A night of inspirational fashion comes to The Dome on Friday, May 6, with the Aurora Fashion Show. The team, who have all be touched by cancer, will be raising money for the charity by walking the runway in glamorous outfits.

On Friday, June 24, more than 170 pupils from schools from across Doncaster join forces for an evening of music, performing a specially commissioned arrangement of The Water Diviner’s Tale. On the theme of climate change, the children will be accompanied by professional soloists, The Water Diviner narrator and members of the Orchestra of Opera North.

The Dome will also host trade fairs and animal shows in May and June. The Budgerigar Society will be there the weekend of May 21 and 22 and, on Saturday, June 11, The Gauge O Guild Summer Show, a Model Railway Show for modellers interested in O gauge, chugs into town.

On Sunday, June 12, Stamp Magic, the incredible card making and papercraft show will bring together 30 of the country's top companies to sell and demonstrate the latest craft products.

The Dome isn't the only DCLT venue with an exciting schedule in the coming months. Live music venue The Leopard will be hosting acts including The Jack Fletcher Band, Missing Andy, Coach Party, Trident Waters and Sunbirds.

Chris Hone, head of commercial development at DCLT, said: "We're thrilled to have such a cracking lineup of top talent coming to DCLT venues in the coming months.

"From musicians and comedians to some of the strongest people in the country, it's a diverse schedule with something for everyone." 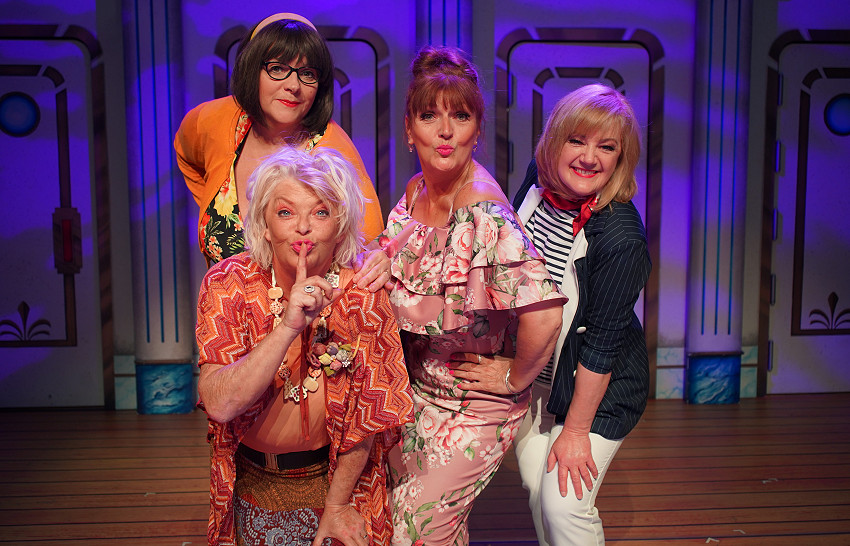