Some of the world’s best squash players will battle it out in Doncaster this weekend. 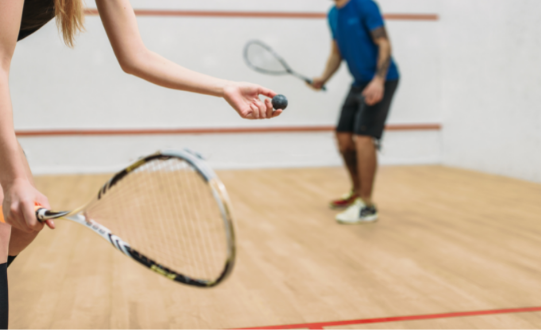 Doncaster Squash Club, on Bennetthorpe, has been chosen by the Professional Squash Association (PSA) to host an international tournament on February 25-27.

The Doncaster Cup will be the town’s first professional squash event and will feature a handful of players who are ranked in the top 100 in the world.

Nick Wall, the 21-year-old world number 71 who has won four PSA Tour titles this season, will be among the favourites to win the 3K event.

The competition will be a proud moment for Dave Cooke and Les Close who took on the ownership of Doncaster Squash Club in January 2019.

"Part of me and Les taking on the club was to try and get squash back to life, particularly squash in Yorkshire and Doncaster,” said Dave.

"We’ve got this PSA tournament coming up and it turns out that because of the time of year we’ve chosen for this competition some of the top 100 players in the world will be taking part.

“Normally you have 3k, 10k and 50k tournaments where the 3k events are for younger lads and a chance for people lower down to try and get a few points to improve their ranking.

“As it happens because there’s no other competitions it’s turned to be a really competitive field.

“It’s probably the strongest 3k tournament they’ve ever had and it’ll be held at our club so we’re really pleased about that.”

New Zealander Joel Arscott, Doncaster’s club professional, and Kiwi brothers Lwamba and Temwa Chileshe will be among the players to keep an eye on.

Miles Jenkins, who represents Doncaster in the Yorkshire Premier League, and James Peach, who played out of Doncaster as junior, will also feature.

Spectators are welcome and the first round matches will be staged from 4pm on the Friday. The quarter-finals and semi-finals will take place from 10am on Saturday, ahead of Sunday’s final at 5pm.

"A lot of the guys who drink in the cricket club next door like following Yorkshire sport around,” said Dave. “It doesn’t matter what sport it is as long as it’s a decent level. This is another thing which puts us on the map if you want to come and see some good quality sport.

"This should be a community club,” he added. "What we’re trying to do is reach out to kids, young people, the elderly, women and get them involved in the club.

"I’d actually had my gym business here for about five or six years and Les was the club chairman here.

"When I spoke to the previous owner about renting more space and paying a bit more to grow my business he said take the whole club.

"So myself and Les refurbished the whole place. Les owns a building firm so his part of the deal was making sure the refurb was done right and it was up to me to run the business and make sure that’s right. It’s a good partnership.

"We did away with memberships. This club is open to all.”