The Bawtry Hall Team are delighted to announce Bawtry Hall voted as the Best Countryside Wedding Venue award at The British Wedding Awards 2020!

Held annually, The British Wedding Awards are a national celebration of the best that the whole of the UK wedding industry has to offer, nominated and voted for by real wedding couples. This year’s glamorous ceremony was due to take place in London, but was moved to a virtual ceremony which took place on the 12thOctober 2020.

The Best Countryside Wedding Venue category was described at the ceremony by Caroline Scott, Publisher of Wedding Ideas Magazine as “Having the highest number of finalists (25 venues) and the largest volume of votes cast”.

Katey Dent, Sales Director commented “All the Bawtry Hall team sat and watched the virtual ceremony with a glass of fizz. We were absolutely ecstatic and elated when Caroline announced we had won the award! Our team have worked so hard, since our launch, only three years ago, to make Bawtry Hall, the most prestigious and beautiful wedding venue in the UK. It really is a wonderful venue with an amazing history, that must be seen to be believed”

Bawtry Hall, built in 1785 is steeped in history and over the years has been a family home. Bawtry Hall was also famously known as Number One Bomber Command by the RAF during the second world war. In 2017, Bawtry Hall was extensively renovated as an exclusive use, wedding venue in 2017. Bawtry Hall is lovingly operated by the experienced management team at sister venue, The Crown Hotel Bawtry – located just next door in Bawtry.

Wedding receptions are being held at Bawtry Hall exactly in line with government guidelines.

Bawtry Hall also has five acres of stunning landscaped gardens, as well as the amazing, seven-metre high, indoor blossom tree on the Grand Staircase – a stunning backdrop for all wedding photographs.

Craig Dowie, Managing Director added “This award means the world to our team. This is a great news story and makes our three years of hard work worth while to win this prestigious National Award not just for the team, but also for Bawtry.”

Jason Cooper, Investor of both venues added “This award is the culmination of all the hard work that the team at The Crown Hotel and Bawtry Hall have undertaken since our investment in 2017”

If you are looking to get married at the UK’s leading wedding venue,  please contact the Bawtry Hall Wedding Team for a private viewing at events@bawtryhall.co.uk or, why not, come along to our next Wedding Open Weekend on the 14th and 15th November (11am to 3m each day). There is no need to book – see you there! 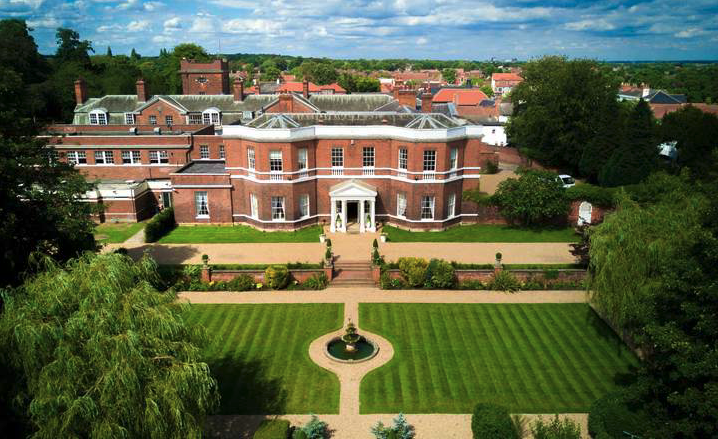