Today (Tuesday 6 April) marks 200 days to go until the opening fixture of Rugby League World Cup 2021 (RLWC2021), and to celebrate this milestone, general admission tickets are now officially on sale. 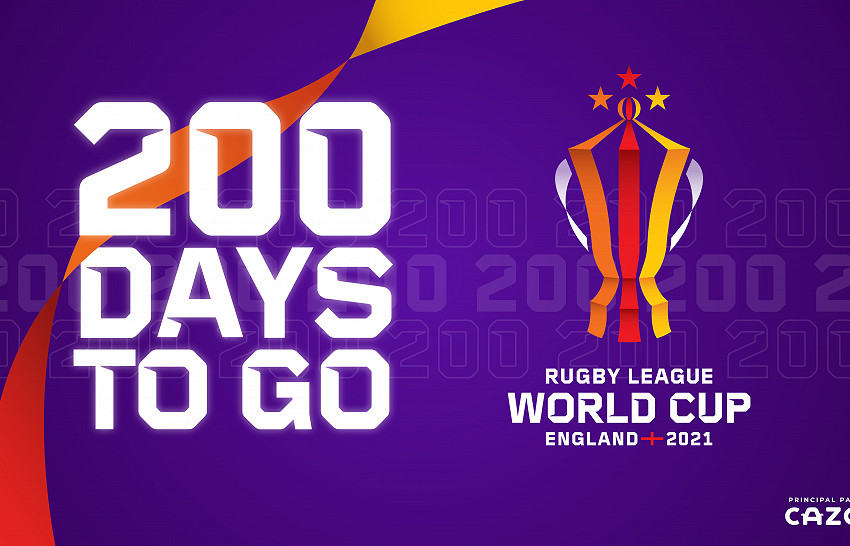 The public in Doncaster can now secure their seat for anyone of the 61 fixtures that take place later this year, across the men’s, women’s and wheelchair tournaments that will take place simultaneously for the first time across England.

Fans can now purchase tickets via www.rlwc2021.com/tickets until Tuesday 1 June, where tickets will go off sale for a three-week period until Monday 21 June for seat assignment. In addition, RLWC2021 has also launched competing nations merchandise which is available via the RLWC2021 Official Shop.

The general sale will see ticket prices starting as low as £2.21 for concessions, and the unique tournament will be one of the most accessible and affordable for fans with more than 80% of tickets priced below £50.

Demand for tickets has already exceeded organisers expectations during the ballot period last year, with several fixtures only having limited availability remaining.

Doncaster will host three fixtures in the men’s tournament including:

Fans who have been starved of live sporting actions since the outbreak of the Covid-19 pandemic have the opportunity to experience the pinnacle of Rugby League surrounded by full stadiums. RLWC2021 are working alongside UK governing bodies to deliver a restriction free tournament.

Jon Dutton, Chief Executive of RLWC2021, said: “This is a momentous day for the tournament as general admission tickets go on sale to the public. Doncaster has a big part to play at RLWC2021, as they get ready to be the team base for Samoa’s men’s team, as well as hosting three fixtures in the men’s tournament.

“The last year or so has been an incredibly challenging one for everyone, including fans deprived of seeing live events, and to be able to go on sale for what promises to be the biggest and best Rugby League World Cup in history is very exciting. .

“The countdown is well and truly on, and fans from all of our incredible host cities can feel the excitement building, with general sale being the latest milestone passed on the road to RLWC2021.

“With the men’s, women’s and wheelchair tournament tickets going on sale today, there are so many amazing fixtures for fans to secure their seats to, giving them a chance to be involved in what is sure to be a fantastic World Cup. There is a real opportunity for them to not only support their own nation, but also the realistic and affordable possibility of seeing some of the other high-profile games and maybe adopting a second team in the tournament.”

Tournament organisers have also issued a ticket refund guarantee for all ticket buyers should there be restrictions on crowds at the event and to reassure fans in the unfortunate circumstance the event has to be cancelled. More information is available here: rlwc2021.com/buy-with-confidence

Premium seats and Hospitality experiences are still on sale and available for all matches and will give fans the opportunity to secure a place at the tournament in addition to enjoying the best match day experience each venue has to offer. More details available at the rlwc2021.com/hospitality.

Fans can also secure their ticket through booking their Squad Trip including accommodation and experiences all in one place – making it easy to plan your trip and giving you a great choice across our host towns and cities. Squad Trips available via rlwc2021.com/squadtrips.